Virgin Wheat: The First Harvested Wheat in 12,000 BC

Wheat is a staple food in billions of peoples diets on a daily basis and can be traced back to the beginning of agriculture. Wheat is responsible for more human calories than any other type of food and last year wheat crops covered around 525 million acres of the earth’s surface. The cultivation of wheat was started around 12,000 years ago, with its origin thought to be in Gobeklitepe in Anatolia. 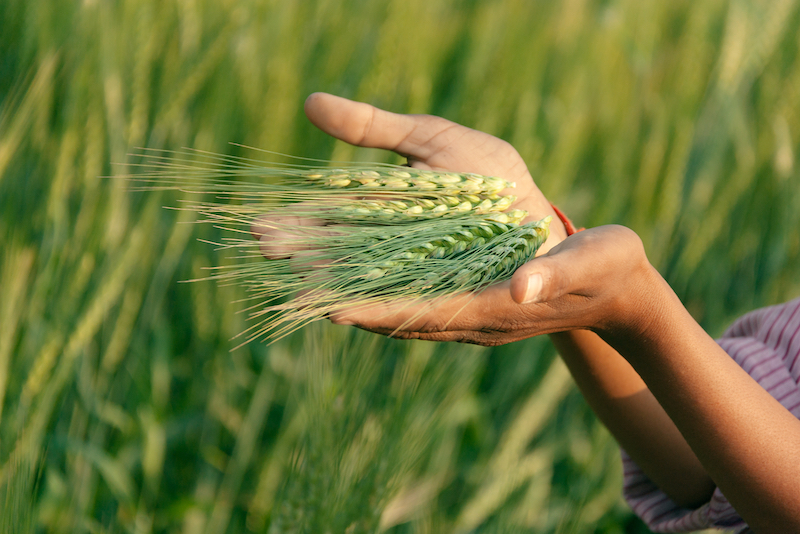 The first type of wheat produced was einkorn (T.monococcum). Prior to the agricultural cultivation of wheat, einkorn grew wild for millions of years in the Fertile Crescent, hence why it is known as ‘nature’s original wheat’. The first domestication of wild einkorn was recorded around 7500 BC and is thought to be the result of the natural crossing of the wheatgrass species and domesticated wheat species.

In 1997, a team of Swiss scientists used DNA fingerprinting combined with archeological and anthropological data, were able to trace the domestication of einkorn back to the volcano mountains of Kacaradag, located in Gobeklitepe.

The crop was also found in other mountainous regions of the Middle East and Europe, including Morocco, France, and the Mediterranean. Archeological data indicated that einkorn was harvested in abundance in ancient Troy and the ancient Celts are thought to have depended on einkorn as a staple in their diets.

Unlike other grains, it thrives on soil that other types of wheat cannot grow. This is because it is a different type of wheat. It is single grain, containing two sets of chromosomes, described as a diploid.

This is similar to most plants, but different from most grains that usually have four or six sets of chromosomes. This means that acts similarly to a vegetable or legume rather than a grain and has naturally lower gluten content.

However, einkorn is still relatively unknown to most people. This is because the cultivation of the wheat was abandoned 5,000 years ago because it is difficult to harvest and mill, and also yields only one-fifth of the crops of modern wheat.

This caused einkorn to almost become extinct. It was noted by Jack Harlan in 1967 in this study on ancient grains, that by the 1960s einkorn was only being grown on a ‘sizeable scale’ in Turkey, where it was used solely for feeding livestock. In fact, by the 1990s, einkorn being grown one-tenth of the amount it was when Harlan visited Turkey in his 1960s study.

Nowadays, common wheat is grown. It has a softer and looser glume and a papery husk around the grain which makes it easier to thresh clean. The stemlet connecting the seeds is stronger and less brittle than einkorn, meaning it is easier to harvest. Common wheat yields significantly more crops and is cheaper to genetically modify and refine for flavor and mass production.

However, common wheat has a lot of its nutritional value removed and is high in gluten, which is an issue for many people who struggle to digest it. Einkorn has a rich nutrient profile compared to common wheat offering more nutrients and vitamins. Einkorn also produces gluten however, is stickier and less pliable, which means it does not react the same in the body. For these reasons, einkorn is making a comeback.

Einkorn Was Found In The Oldest Civilization That Is Ever Known

Gobekli Tepe is an archeological site in the southeastern Anatolia region of Turkey. The site is home to what is thought to be the oldest building in the world, approximately 12,000 years old, which is three times the age of the ancient Egyptian pyramids. It has been a point of fascination for many historians and archeologists for some time, based on the question: ‘how did they manage to build it?’. 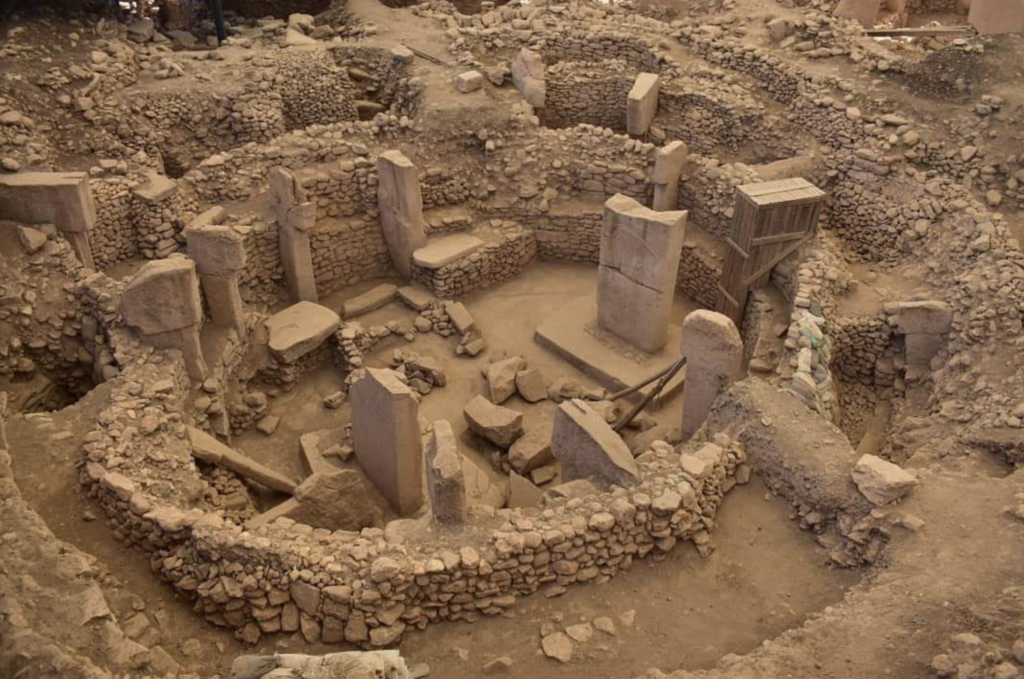 Gobekli Tepe is on a flat and barren plateau but has a number of circular stone pillars ranging from 10 to 30 meters in diameter. It was first examined by anthropologists at the University of Chicago and Istanbul University in the 1960s as part of a survey. It interested historians because the only man could have created it.

But the question remains: how? There was no technology or machines to build it, plus the temperature reaches 115 degrees. But another question was how did the workers feed themselves for this intense work?

Einkorn is an ancient type of wheat that grows wild. It can sustain the heat of the Turkish climate and is resistant to disease, in fact, it is said to be the first ever grain to have grown, approximately 12,000 years before the beginning of agriculture. This was the dawn of domesticated wheat.

The creators of Gobekli Tepe are thought to have harvested einkorn and used it to make bread, this became the food of the area and is still widely used as one of the main components in the diet. It is thought that these would have been some of the first ever people to taste bread, due to the abundance and accessibility of einkorn.

This highly concentrated and nutrient dense form of energy provided the workforce of Gobekli Tepe with enough sustenance to create an amazing, historical site. This was a turning point in world history for more than one reason.

However, this great grain was forgotten up until recently. Now we are growing and transporting this food around the United States, so everyone can have their own little taste of history.

How did the Virgin Wheat Turn Into Franken-Wheat?

Is it any wonder that so many people today suffer from vitamin and mineral deficiencies and food intolerances? There was nothing wrong with wheat processing until we changed it and turned it into the modern hybridized and genetically modified modern wheat, commonly referred to as “Franken-wheat.” 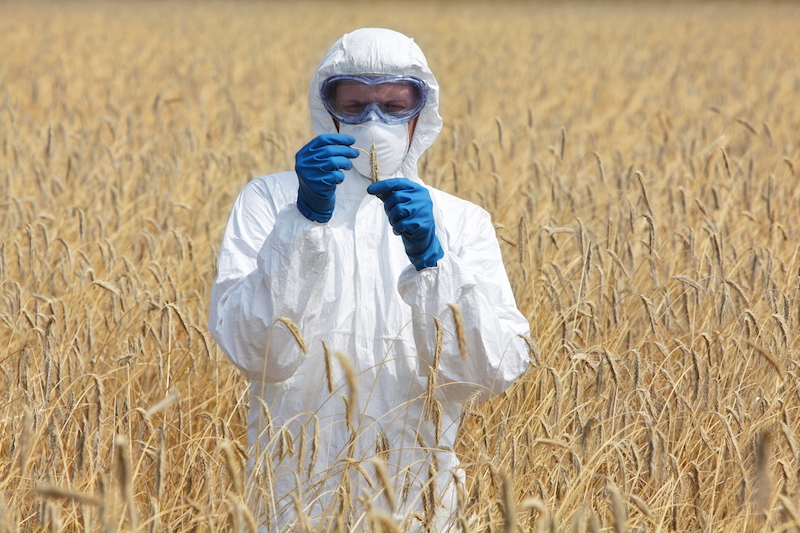 The term hybridization can mean several different things. Although many people have been taught to be wary of genetically modified crops, there are ways to genetically change a crop that doesn’t fall under the GMO label.

Celiac disease and non-celiac gluten sensitivity are on the rise globally. Roughly 1 percent of the population suffers from celiac disease and 5 to 10 percent have non-celiac gluten sensitivity, however, according to recent research, only 1 in nearly 5,000 cases have been diagnosed. So what is the link between the rising statistic and how wheat is produced?

Some scientists and nutritionists have suggested that hybridization and genetically modified (GMO) wheat has been a key contributing factor to the increase in gluten sensitivities globally.

So let’s go back in time, to explore how the production of wheat has changed from nature’s perfect grain or ‘virgin wheat’ to ‘frankenwheat’. During the 1960s, farmers and agriculturalists tried to create a hybrid wheat strain which would, if successful, increase the yield and be resistant to disease. This was an attempt to increase profits and efficiency of the process.

GMO wheat involves a scientist in a laboratory who alters the gene sequence of the wheat by inserting a desirable trait into the genome. Currently, this is an expensive process and is not available to retailers on a large scale. However, hybridization involves a very similar process.

In hybridization, scientists do not alter the plant’s genome, they instead choose particular strains with specific characteristics and breed them to reinforce those characteristics.

For example, there is a process known as mutagenesis, which involves the wheat seed being exposed to radiation and the chemical sodium azide, resulting in a mutation, making the plant resistant to Beyond, a common herbicide.

Though this may sound like genetic modification, it is instead classified as a ‘hybridization technique’, thus acting as a loophole allowing companies to essentially genetically modify, but escape the scrutiny and testing associated with GMO.

Hybridized wheat is shorter, browner, resistant to disease and higher yielding than crops were in the past. Rather than taller wheat crops, the shorter wheat is quicker to harvest and requires less fertilizer. This may be beneficial to farmers, but it is not the case for human health.

Small alterations in the protein structure of wheat can result in a devastating immune response, largely as the hybridized strain contains significantly more gluten than naturally occurring wheat.

Einkorn, on the other hand, is nature’s original grain. It is called ‘virgin wheat’ because it has not been modified or hybridized like common wheat. It is an entirely different genetic makeup to common wheat: einkorn has 14 chromosomes while common wheat has 42 chromosomes.

This means that einkorn has a significantly lower gluten content than common wheat, making it possible for individuals with gluten sensitivities to eat it without suffering all the side effects (research is still being undertaken to ascertain whether einkorn can be consumed by individuals with celiac disease).

Einkorn is not GMO, it is not hybridized and it is in its natural form. For these reasons, it is more nutrient dense, offering more nutrients, vitamins and trace minerals than regular wheat whilst also offering a different gluten content, yet not compromising on taste.